iTunes is a great multimedia application but as I argued a while back, its high time Apple launched a less bloated and intrusive lite version of iTunes for all those that don’t want or need all the added extras. If like me, you just want something that plays music without added extras such as Ping, Genius and the iTunes store, then check out some of these alternatives to iTunes on Mac: 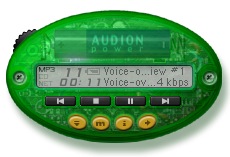 If you’ve recently switched to Mac from Windows and miss the good old days of simple music players like Winamp, then Audion could be for you. Audion is a simple but powerful music player that makes playing music easy – no music stores, no ads and no bloated syncing options. Simply drag and drop music into it and enjoy. The Audion project is discontinued but fortunately, the developers have decided to make it completely free by providing the serial number for it on their website. There are many other great features in Audion such as an Alarm so you can wake up to your favorite tunes  and lots of different skins which you can use to give Audion a whole new look. 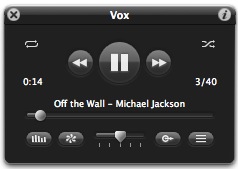 Vox (formerly known less flatteringly as ‘ToolPlayer’) is a bit simpler than Audion but definitely slicker in my mind. Vox’s biggest asset is that it supports a huge array of formats – it plays almost anything. One extra cool feature is if you’re trying to listen to a whole album, Vox will automatically detect that the song you are loading is the first track of the album and load the rest of the tracks at the same time. Vox also now supports Growl alerts for track changes and even scrobbling to Last.fm. 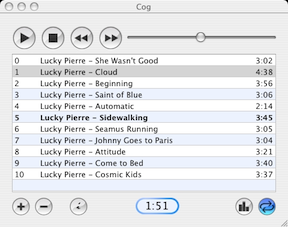 One thing that iTunes isn’t good at is supporting lots of formats. Not so with Cog which is constantly updated to make sure that it can play almost any format out there at any time. This includes the more obscure audio formats such as Ogg Vorbis, FLAC, Musepack, Monkeys Audio, AAC, skip and Wavpack. Cog allows you to drag and drop files into it, read unicode tags and create playlists. Like Vox, Cog also supports Growl alerts and scrobbling to Last.fm. 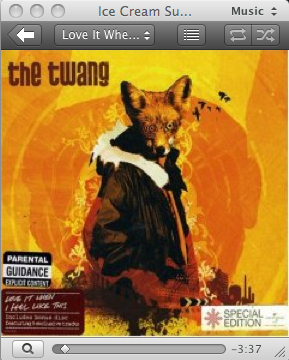 The problem with many lightweight players is that they don’t support album art but Ecoute definitely does. Ecoute works via a small, expandable interface that allows you to expand and browse your entire music library and even podcasts, movies, and TV shows. As with iTunes, you can search for music and even integrate your Last.fm account with Ecoute. What I really liked is the instant way it catalogs your music – you’re ready to go as soon as it’s installed. One small problem, however, is that long track names aren’t displayed properly. It supports Growl alerts though, so you can see exactly what’s playing and the play controls are discreet, only popping-up as soon as you float the mouse over the cover art. 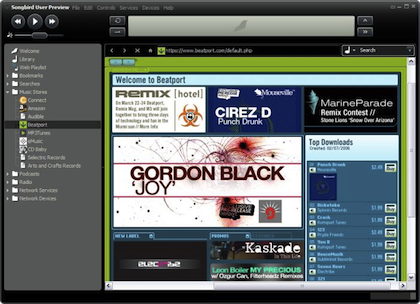 Songbird is a highly customizable free player with a wide variety of plug-ins that can be improved and extended by the contribution of its user community. The first thing you’ll notice about Songbird is its resemblance to the iTunes interface, which means you can have the looks, but not the bulk of Apple’s multimedia player. Songbird automatically imports your music files from a selected folder, monitors that folder for future music additions and is compatible with both iTunes and Last.fm libraries.

Why extra iTunes playlists appear, and how to fix them